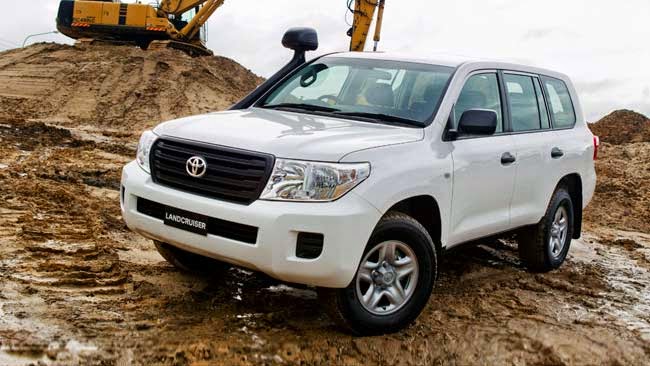 Sahara Motors
ENGINE AND TRANSMISSION
LandCruiser's new 4.6-litre V8, down marginally from 4.7 litres in the outgoing unit, has had its power increased by 12.9 per cent to 228 kW at 5500rpm and torque by 7.1 per cent to 439Nm at 3500rpm. Naturally, there’s an emphasis on improved torque in the lower regions of the rev range, but the engineers have also worked on making the 4.6 engine operate well at higher revs.
Fuel consumption on the official scale has been cut by 6.2 per cent to 13.6 litres per 100km while CO2 emissions are down by 8.2 per cent to 313 grams per kilometre. The LandCruiser petrol now has a six-speed automatic transmission instead of the five-speed in the previous petrol engine. Taller gearing in top is part of the economy package and should make for more relaxed open-road cruising. The new automatic is the same one we have admired in turbo-diesel models for some time now!
Posted by Sahara Motors at 6:34 AM